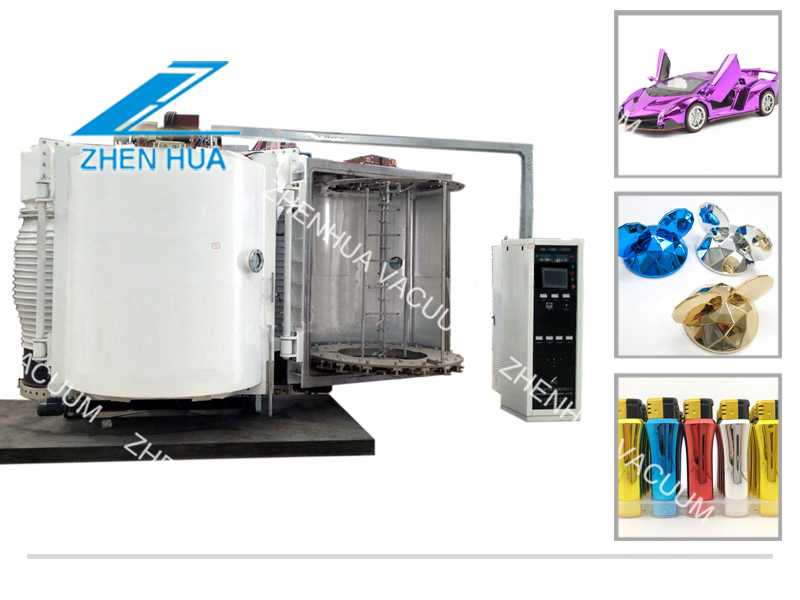 The Common traps used in evaporation vacuum coating equipment include molecular sieve adsorption traps, titanium sublimation traps, cold traps, copper foil traps, and front stage adsorption traps for blocking mechanical pump oil. The function of the trap can be similar as the baffle. The installation position of the trap for the coating equipment is between the vacuum chamber and the pump port. Its not only captures part of the lysate and reflux vapor from the vapor flow pump, but also removes the vapor from the vacuum chamber.

The common cold trap types in vacuum systems include glass cold traps and metal cold traps. In addition to the effect of the cold trap being affected by the structure of the cold trap, the temperature of the refrigerant is another decisive factor in its performance. Naturally, the lower the refrigerant temperature, the better the effect. Commonly used refrigerants for cold traps are: water, solid carbon dioxide, ice-containing brine, liquid oxygen, liquid nitrogen, liquid hydrogen, acetone mixture, ice-added calcium chloride, etc.

Although the liquid nitrogen cold trap can effectively reduce the return flow of pump oil, there are still some oil vapor molecules passing through the cold trap. In addition, there is a large amount of hydrogen in the lysate of the pump oil, which cannot be captured by the liquid nitrogen cold trap, which is one of the factors that limit the diffusion pump to obtain a higher vacuum. Therefore, if a titanium sublimation trap is installed between the vacuum chamber and the diffusion pump, it can not only block the backflow of oil molecules and some lysates, but also trap hydrogen. An ultra-high vacuum device equipped with a titanium sublimation trap can obtain an ultimate vacuum environment of 10⁻¹¹pa-10⁻¹²pa.

The process of copper foil traps absorbing oil vapor is a physical adsorption phenomenon, so the adsorption surface is required to be large. Commonly used copper foil traps are made by rolling 152mm wide and 0.76mm thick oxygen-free high-conductivity copper into a corrugated plate with a depth of 0.63mm, and then rolled up and placed in the pipeline between the diffusion pump and the vacuum chamber. The vacuum chamber and copper pin trap degassed at a high temperature of 450ºC can maintain a vacuum pressure of 10⁻⁹Pa at room temperature for 18 days. After one month, the pressure will increase until it is equivalent to the saturated vapor pressure of the diffusion pump oil.

The Trap is widely used in high vacuum or ultra-high vacuum equipment. The evaporation vacuum coating equipment is equipped with various traps, and then the system is thoroughly baked and degassed at a high temperature to obtain a vacuum of 10Pa⁻⁵-10⁻¹⁰ Pa or a higher ultra-high vacuum environment.