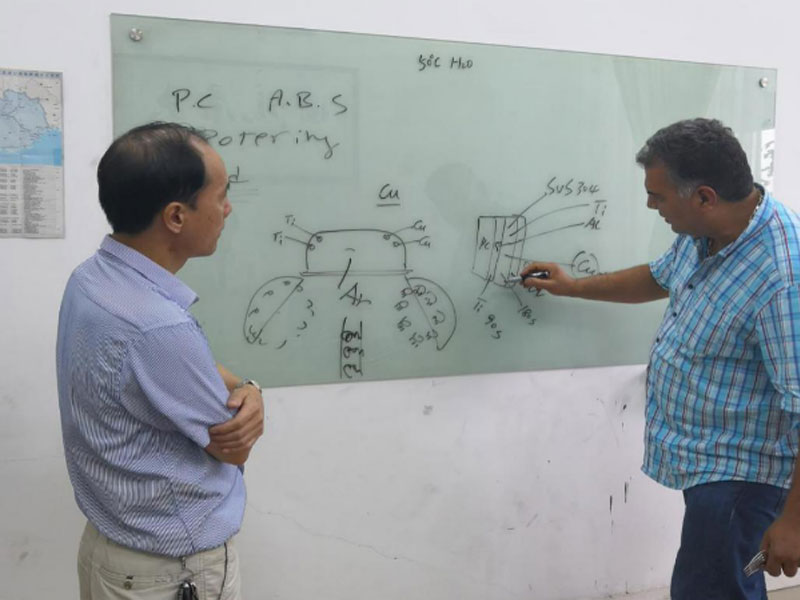 The unique "S gun" magnetron sputtering target structure is composed of an inverted cone cathode target, an auxiliary anode, a grounded shield, a detachable shield ring, a pole shoe, a permanent magnet, a water cooling jacket and other components. The wall of the pvd sputtering vacuum coatingchamber is grounded; it is connected to the cathode target with a negative potential of hundreds of volts; the auxiliary anode can also be grounded (or connected to a positive potential of tens of volts); the substrate can also be grounded (biased or suspended) .

2. The gap between the target material and the water cooling jacket should have an appropriate design:

(1) When the target is not working, keep a certain gap between the target and the water cooling jacket to facilitate the replacement of the target;

(2) When the target is working, due to the heating, the target and the water cooling jacket will be close together, ensuring the heat dissipation effect of the target.

The auxiliary anode can absorb low-energy electrons to reduce the electron bombardment of the substrate.

The detachable shielding ring can prevent non-target parts from sputtering, and can be detached to facilitate the removal of the film deposited on the ring.