The formation process of the film on the substrate is a complicated process, which includes: the nucleation and growth of the film, the interaction between the film and the surface of the substrate, and so on. 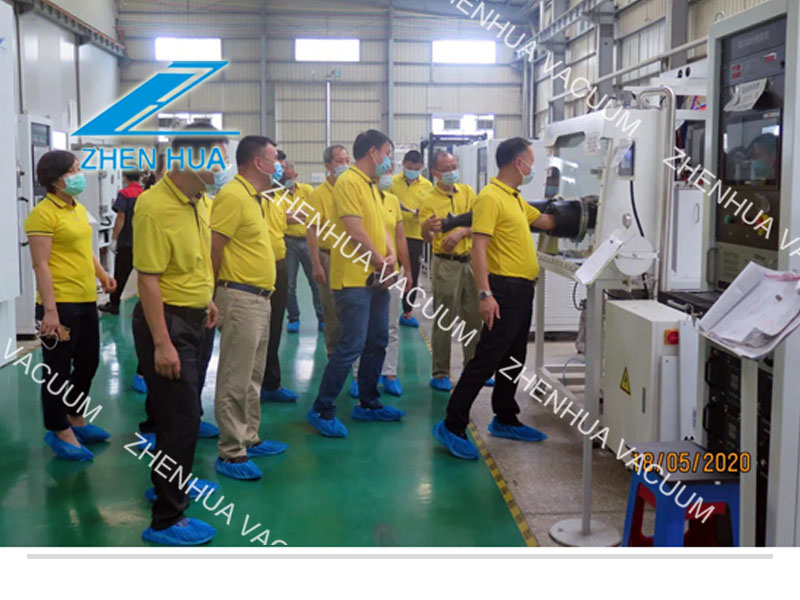 Physical Vapor Deposition (PVD) is a technology that uses physical methods to deposit thin films on substrates. The main function of the cooling system of the physical vapor deposition equipment is to cool equipment parts, such as vacuum pumps, oil diffusion pumps, reaction chamber walls, target sources, etc. In order to achieve the overall cooling effect of the equipment, the current PVD equipment generally adopts flow channel cooling. Generally, for the parts that need to be cooled, due to the need for anti-corrosion functions, such parts usually use stainless steel or other Materials with strong corrosion resistance. The ice water machine pumps the cooled water into the above-mentioned components that need to be cooled, and finally returns to the ice water machine through the corresponding pipeline after cooling to realize a cooling water cycle. However, in the actual production process, due to the quality of the cooling water used and other unknown reasons, the above-mentioned cooling water pipelines such as the outer wall of the reaction chamber and the outer wall of the diffusion pump, especially the target source and other components, are caused by dirt precipitation. A common situation is that the yellow suspended solids produced after corrosion are dispersed in the cooling water, and enter all the above-mentioned components that need to be cooled with the cooling water and gradually deposit in them, resulting in a decrease in the effective cooling water flow rate and affecting the cooling effect. For the above-mentioned corrosives deposited in the cooling pipe on the outer wall of the diffusion pump and the liquid storage cavity of the reaction chamber, the usual method is to remove the target source for major cleaning and maintenance, which will consume more labor costs and easily cause Loss of work stoppage.