Vertical double doors evaporation decorative film coating equipment is special equipment which is professional at evaporation coating aluminium and chrome wire,the structure is vertical double doors,fast coating speed,bright color,difficult to contaminated. The equipment can gain the film which has good compactness,high purity and uniform thickness characteristic,belong to green equipment. Processable material including ABS、PS、PP、PC、PVC、nylon,metal,glass,ceramics and TPU etc. The effect can be general plating bright side,matte(semi-matte and all matte),technology of plating wrinkle,wiredrawing,drip-drop and colorful etc.

Remark: The chamber size can be designed by customers'production and special process request. 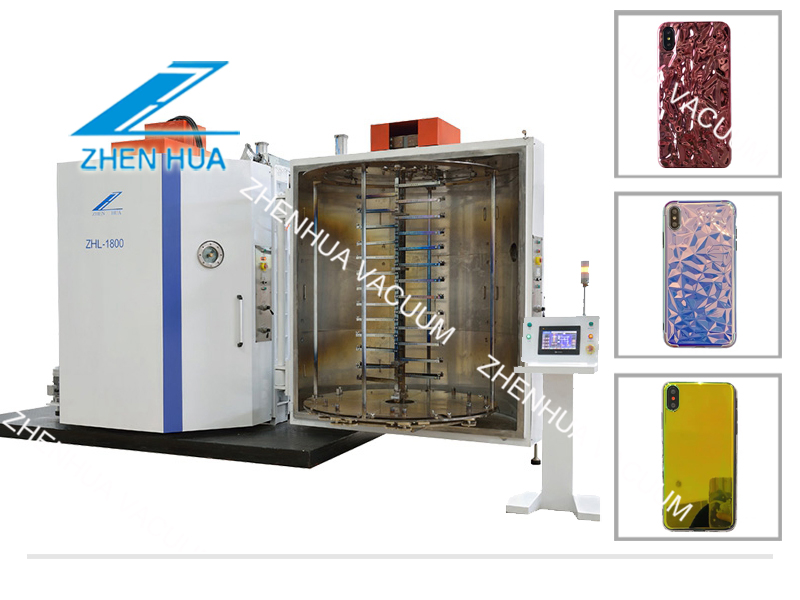 The roll-to-roll coating equipment is widely used. Now it is mainly used for metallization of various films (PET, PVC, CPP, BOPP), etc. and specially treated paper surfaces. It is used in anti-counterfeiting, reflective packaging, decoration, clothing and other industries. So what are the main components of the winding coating equipment?

The winding system is mainly composed of unwinding rollers, winding rollers, coating drums, guide rollers, tension measuring (controlling) rollers, flattening rollers and resistance test rollers driven by a DC motor. Its function is to follow a certain speed and After the tension transfers the base film to the coating area for plating, the coated base film is rolled into a cylindrical roll film. By controlling the process parameters such as film winding speed, tension and the angle of the flattening roller, it is possible to avoid the generation of wrinkles and obtain a neatly wound film roll.

Speed control: The constant linear speed of the strip-shaped substrate is the primary condition to ensure uniform film thickness. Most of the speed control of the winding system strip adopts constant speed control mainly based on current control. The speed can be set in advance and automatically adjusted according to the requirements of the product.

5. Shielding component: it is to shield the uncoated stripe or mesh on the film. This is a special requirement of the capacitor film. The shielding of the ordinary capacitor is extended along the longitudinal direction of the base film. It is textured.