Ion plating is a technology developed in the United States in the early 1950s and is part of aviation technology. Once the technology has been developed, it has developed rapidly. Because it is very effective in improving the durability of cutting tools and molds, which was widely used and spread all over the world. Vacuum ion coating equipment uses heat and energy from plasma to evaporate metal in a vacuum environment to combine it with reactive gas, and then use it to bombard the substrate and finial to be a film. Compared with the traditional immersion coating, it has superior wear resistance and adhesion. 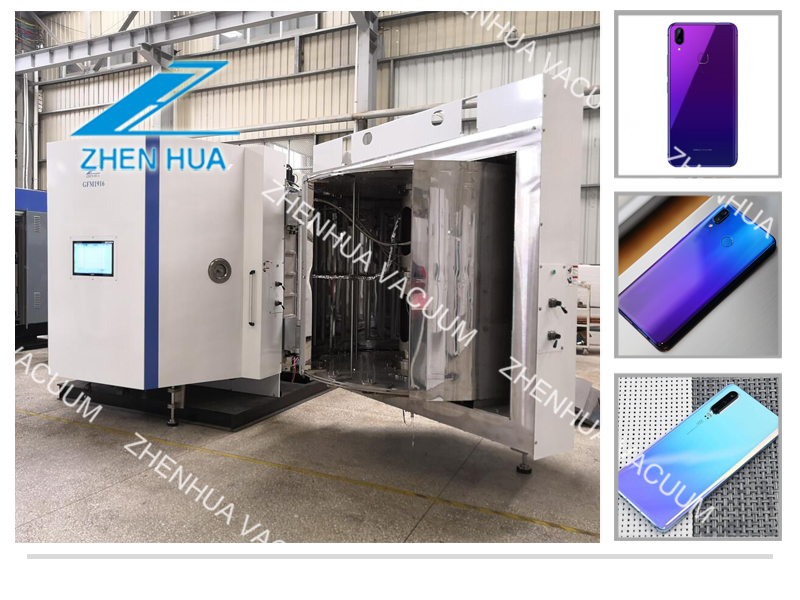 Principle of Magnetron Sputtering Electrons collide with argon atoms in the process of accelerating and flying to the substrate under the action of an electric field, ionizing a large number of argon ions and electrons, and the electrons flying to the substrate. Argon ions accelerate bombardment of the target under the action of an electric field, sputtering a large number of target atoms, and the neutral target atoms (or molecules) are deposited on the substrate to form a film. The secondary electrons are affected by the Loren magnetic force of the magnetic field during the process of accelerating and flying to the substrate, and are bound in the plasma region close to the target surface. The plasma density in this region is very high. The secondary electrons are surrounded by the magnetic field. The target surface moves in a circular motion. The electron has a long path of movement. During the movement, it continuously collides with argon atoms and ionizes a large number of argon ions to bombard the target material. After multiple collisions, the energy of the electrons gradually decreases, freeing from the constraints of magnetic lines of force. , Away from the target, and finally deposited on the substrate. Magnetron sputtering is to confine and extend the movement path of electrons with a magnetic field, change the direction of movement of electrons, increase the ionization rate of the working gas and effectively use the energy of electrons. The home of electrons is not only the substrate, but also the home wall of the vacuum chamber and the anode of the target source. But generally the substrate, the vacuum chamber and the anode are at the same potential. The interaction between the magnetic field and the electric field (E X B drift) makes a single electron trajectory in a three-dimensional spiral shape instead of just moving in a circle on the target surface. As for the circular sputtering profile of the target surface, the magnetic field lines of the target source are in a circular shape. The different distribution directions of the magnetic field lines have a great influence on film formation. Magnetron sputtering, multi-arc plating target source, ion source, plasma source, etc. working under the E X B shift mechanism all work under the sub-principle. The difference is the direction of the electric field, the magnitude of the voltage and current.