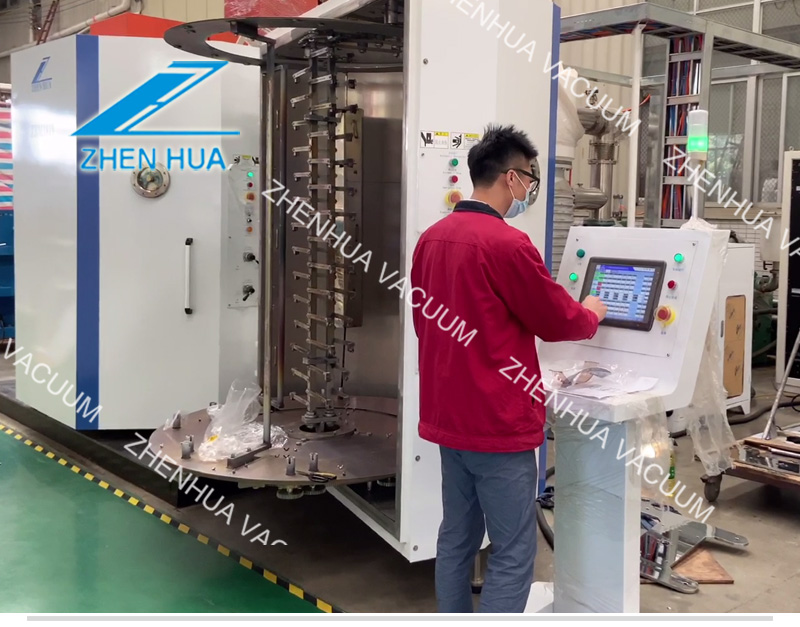 The vacuum arc discharge of the target source of the vacuum multiple-arc coating machine is supplemented by thermionic emission, and field emission is the main. Field emission relies on the space charge in front of the target to generate the required strong electric field. The ionization rate of this arc discharge is quite high, generally 60%-90% ionization rate. In the vacuum coating chamber, especially near the target surface, it is basically a complete plasma. Since the magnetic field has a great influence on the movement of the charged particles, the vacuum arc will be controlled by the magnetic field.

In the case of pvd vacuum multi-arc coating machinewithout an external magnetic field, the pile-like cathode arc spots move randomly on the target surface. At this time, the arc combustion is extremely unstable, and the target surface is etched very rough and the arc is often extinguished.

In the case of the pvd vacuum multi-arc coating machine without an external magnetic field, the cathodic arc is in the shape of a pile. There are two reasons for the formation of this pile-shaped arc spot: One is the self-magnetic compression produced by the arc itself, which is similar to the fact that two parallel wires pass through current in the same direction, and the interaction forces attract each other. The second is that the concentration of the arc spot makes the temperature of the cathode target surface under the arc spot extremely high, which produces a large amount of thermionic emission, which leads to the re-concentration of the arc spot. In this case, the arc spot causes local melting of the target surface, a large amount of evaporation, and even splashing of metal droplets, a large number of arc craters are generated on the target surface, and the film quality is affected at the same time. Such irregularly moving arc spots can easily move to the non-evaporating surface and cause the arc to extinguish.