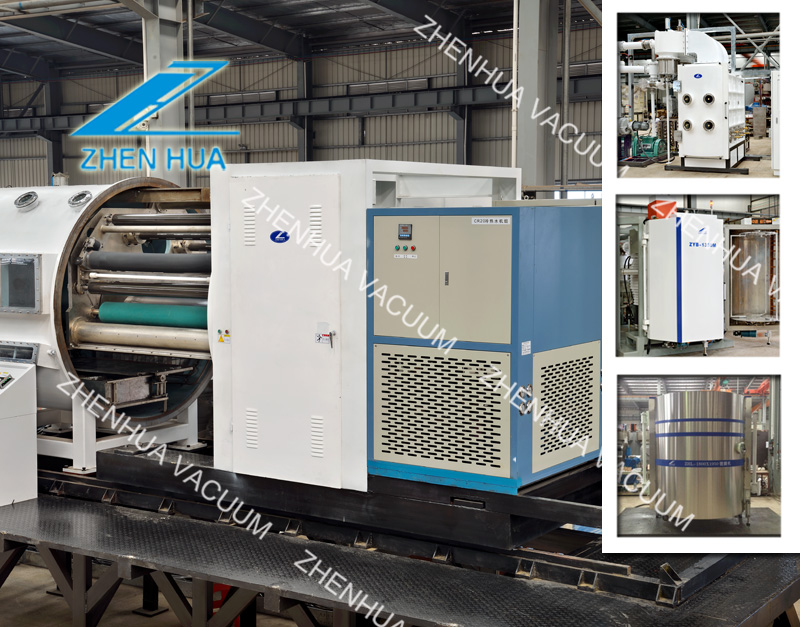 Winding coating machine is a kind of vacuum coating equipment. Its vacuum pump system is divided into two groups: upper cavity and lower cavity. The lower chamber is an evaporation chamber, which needs high vacuum. Most of the main pumps are oil diffusion pumps. The upper chamber is a substrate winding chamber, which requires low vacuum. It is roots pump device or diffusion pump Roots pump mechanical pump device. Generally, the vacuum degree of the evaporation chamber is 1x10 ^ - 3pa-2 × 10 ^ - 3PA, while the working pressure is 1 × 10^-2Pa-2 × 10 ^ - 2PA, the vacuum degree of the winding chamber is usually one order of magnitude lower than that of the evaporation chamber. Sometimes the winding coater takes the booster pump (an oil diffusion pump) as the main pump. Although its limit pressure is less than that of the oil diffusion pump, its pump speed range is extended by an order of magnitude to the high pressure direction, which is very suitable for this evaporation coating process.

When designing the structure of the coater, attention should be paid to the constant linear speed of winding the strip substrate of the coater. This problem is also very important because the coating thickness on the substrate can be uniform only when the winding mechanism ensures that the linear speed of the strip substrate is constant. This is particularly important for the preparation of ribbon substrate functional films (such as Capacitor Films). Attention shall also be paid to the deviation and wrinkling of the strip substrate. With the improvement of winding speed, the strip will wrinkle and deform in the process of winding and coating, resulting in the fracture of the strip and the interruption of production, which will not only affect the production efficiency, but also cause the waste of materials. Therefore, this problem should be fully considered in the design of winding mechanism.