The anti-fingerprint sputtering coating machine designed and produced by our Zhenhua company in 2018, with an inner diameter of 3100mm and a height of 2000mm, is specially used for high-end stainless steel plates, large furniture, kitchen and bathroom hardware for color coating and anti-fingerprint coating. This equipment has Large loading capacity, stable equipment, low energy consumption, uniform coating and many other advantages. It can pass up to 3000 friction coefficient tests (with a dust-free cloth 10*10mm grinding head, 500g strength) and is deeply loved by various industries. For example, American customers use to plate high-grade stainless steel plates, and well-known domestic companies use our ZCL3120 to plate large stainless steel products. Make the customer's products more resistant to dirt, the surface is easier to clean, and the service life is longer. 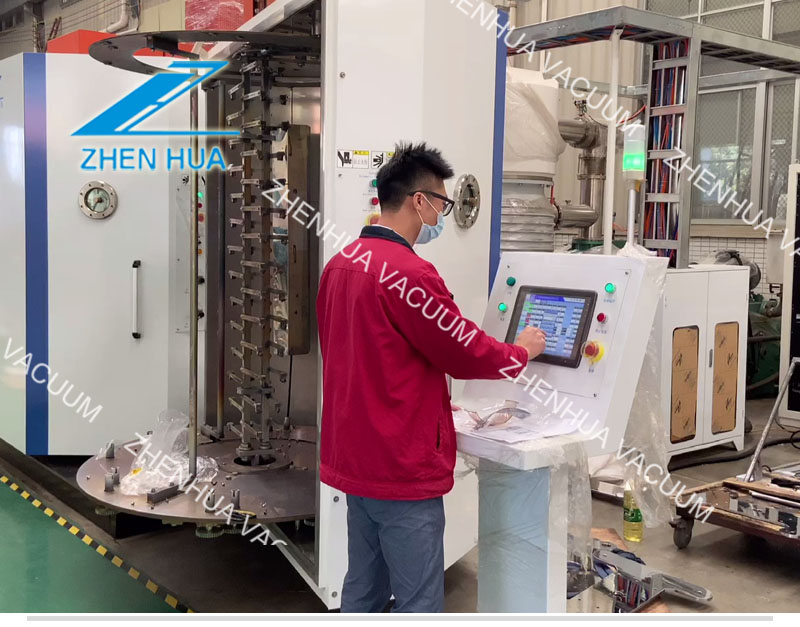 In general, in anti-reflection films, this is the main reason for the weakness of the film. Because the surface of the substrate will inevitably have some harmful impurities attached to the surface during the optical cold working and cleaning process, and the surface of the substrate will always have some damage layer due to the effect of optical cold processing, and the impurities (such as water vapor) deep in the damage layer , Oil vapor, cleaning fluid, wiping fluid, polishing powder, etc., of which water vapor is the main one), it is difficult to remove it with general methods, especially for substrates with good hydrophilicity and strong adsorption. When the film material molecules accumulate on these impurities, the adhesion of the film layer is affected, and the film strength is also affected.

In addition, if the substrate has poor hydrophilicity and poor adsorption, the adsorption to the membrane layer will also be poor, which will also affect the strength of the membrane.

The chemical stability of nitrocellulose is poor, and the surface of the substrate has been corroded during the flow of the pre-processing process, and a corroded layer or a hydrolyzed layer (maybe local and extremely thin) has been formed. The film layer is plated on the corrosion layer or the hydrolyzed layer, its adsorption is poor, and the film has a poor firmness.

There are dirt, oil spots, gray spots, saliva spots, etc. on the surface of the substrate, and the local film layer is poorly attached, resulting in poor local film firmness.

(2) Strengthen the baking before plating. If conditions permit, it is better that the substrate temperature can reach 300℃ or higher, and the constant temperature should be more than 20 minutes to make the water vapor and oil vapor on the surface of the substrate volatilize as much as possible. *Note: The higher the temperature, the greater the adsorption capacity of the substrate, it is also easy to adsorb dust. Therefore, the cleanliness of the vacuum chamber should be improved. Otherwise, dust will adhere to the substrate before plating, which will affect the strength of the film in addition to other defects. (The chemical desorption temperature of water vapor on the substrate in vacuum is above 260℃). However, not all parts need to be baked at high temperature, and some nitrate materials have high temperature, but the film strength is not high, and stains may occur. This has a greater relationship with stress and thermal matching of materials.