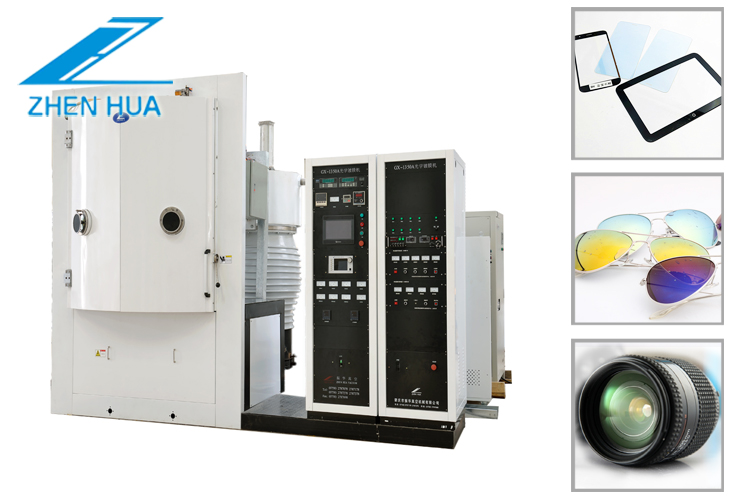 AF coating equipment is equipped with efficient resistance heating evaporation device and advanced plasma device. The effective combination of heating evaporation coating technology and magnetron sputtering coating technology, the equipment has a wider range of application and can obtain a variety of performance coatings. AF coating can be added on the decorative and functional films to make it have a variety of colors and at the same time have super waterproof, anti-oil, antibacterial, anti-fingerprint and long-lasting surface characteristics.

In order to reduce the number of targets used in the sputtering system, as far as possible, one target can be used to sputter deposit and prepare alloy films that meet the composition and performance requirements. Alloy targets, composite mosaic targets, and multi-target sputtering can be used.

In some cases, it is not easy to prepare a large area of uniform alloy target and compound target. In this case, a composite mosaic target composed of a single element can be used. The structure of the target surface is shown in Figure 1. Among them, the fan-shaped mosaic structure shown in figure d has the best effect, the composition of the film is easy to control, and the repeatability is also good. In principle, not only binary alloys, but also ternary and quaternary alloy films can be prepared by this method.

ZHENHUA's technical team has rich experience, strong research capabilities, and the equipment is stable and reliable, with excellent indicators and high flexibility, and has been recognized and praised by users. On the way forward, Zhulong people have always insisted on coming to customers from production, striving for casting quality and helping customers take off!