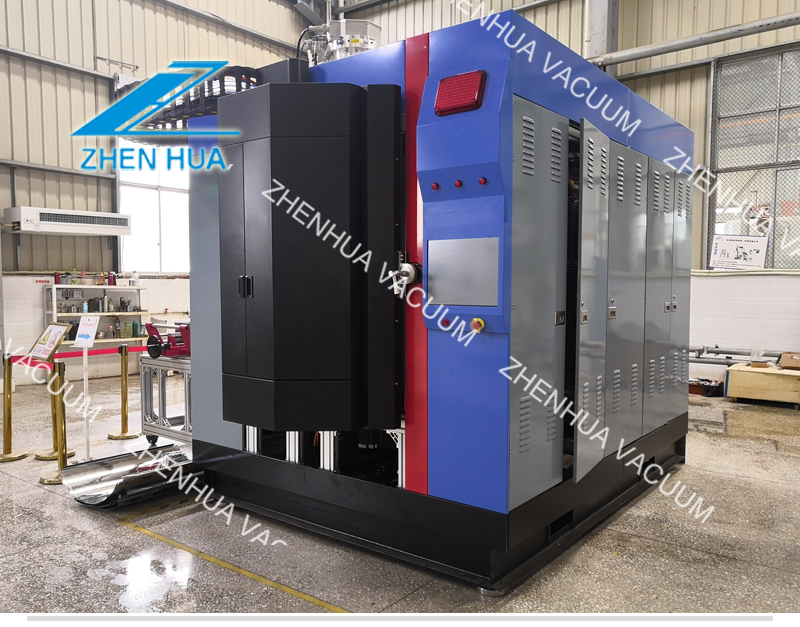 DLC film, also known as diamond film, has good mechanical properties, electrical properties, optical properties, high hardness, resistivity and electrical insulation strength and thermal conductivity, high infrared transmittance and optical refractive index, good chemical stability and biocompatibility Therefore, the mechanism of vacuum coating to prepare DLC process has also received special attention from the market. The ratio of SP3 bond to SP2 bond in DLC film is the main factor determining the hardness of diamond-like carbon film. The larger the value, the higher the hardness. Therefore, the diamond-like carbon film has an adjustable high hardness, the upper limit of its hardness is close to that of diamond (100 GPa), and the Z height can reach 95 GPa. Hardness is related to the DLC structure.

When the vacuum coating machine coats the DLC film, the internal stress can be reduced by adding N, Si and some metal elements while maintaining the high hardness of the DLC film. The internal stress has a great influence on the bonding properties of the DLC film and the substrate. DLC films deposited directly on substrates generally have poor adhesion. The thinner the DLC film, the better the adhesion of the film to the substrate. In addition, the adhesion of the DLC film can also be enhanced by adding a transition layer between the DLC film and the substrate. If Cr is used as the transition layer, the bond between the film and the substrate is significantly improved. Different substrates have different transition layers. Because DLC film has high hardness, excellent wear resistance and low friction coefficient, it is an excellent surface modification material. Due to the above excellent properties, DLC films have been widely used. DLC films are ideal tool coatings. The preparation technology of DLC films has developed rapidly, and a variety of preparation methods have been developed. These methods can be divided into two categories: physical vapor deposition (PVD), chemical vapor deposition (CVD), and plasma enhanced chemical vapor deposition (PECVD).

PVD coating methods include vacuum coating, resistance heating coating, induction heating coating, hot cathode arc ion coating, active reactive ion coating, radio frequency ion coating, DC discharge ion coating, etc. The entire deposition process takes place in a plasma, which greatly increases the energy of the particles. Ion plating has fast film formation speed, good film base adhesion, and can deposit film layers at lower temperatures. Magnetic Filtering Cathodic Vacuum Arc Deposition (FCVA) technology uses coil magnetic filter to filter out large particles and neutral atoms from the arc source, therefore, almost all particles reach the substrate. Positive carbon ions and hydrogen free DLC films can be prepared for high deposition rate. Some people have used FCVA technology to produce hydrogen-free carbon films with a sp3 bond content of up to 90% and a hardness of up to 95 GPa, and their properties are similar to polycrystalline diamond materials. The magnetron sputtering method uses argon ions to sputter a graphite target, using DC intermediate frequency or radio frequency mode. The energy distribution of sputtered carbon atoms varies with the energy and type of sputtered ions. The advantages of this method are that the deposition temperature is low, the equipment is simple, the deposition area is large, and high-resistance films and insulating films can be deposited.