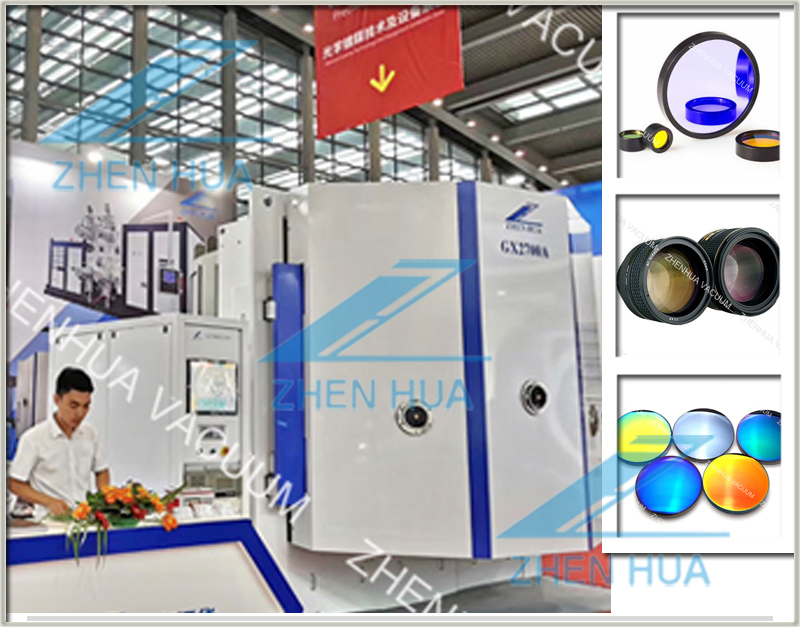 Advantages of vacuum evaporation method: simple equipment and easy operation; the prepared film has high purity, good quality, and the thickness can be precisely controlled; the film forming speed is fast and the efficiency is high; the growth mechanism of the film is simple;

Disadvantages: It is not easy to obtain a crystalline film; the adhesion of the formed film on the substrate is small; the process repeatability is not good enough, etc.

Sputtering is a phenomenon in which charged particles (usually positive ions of inert gases) bombard the surface of a solid (referred to as a target), so that atoms (or molecules) on the surface of the target escape from it. The mechanism of sputtering is the transfer of momentum from colliding particles (positive ions) to lattice particles. As shown in Figure 2, the kinetic energy transfer of an incident ion is a process of continuous transfer from one atom to another.

②The adhesion between the film and the substrate is strong.

③ When preparing alloy thin films and compound thin films, the composition of the target material is very close to that of the thin film material deposited on the substrate.

④ New material films different from the target can be prepared.

If a reactive gas is introduced during sputtering to chemically react with the target, a new material film that is completely different from the target can be obtained.

⑤ The purity and quality of the membrane are high.

The disadvantage of sputtering coating method is that the film forming speed is lower than that of evaporation coating, the substrate temperature is high, it is easily affected by impurity gas, and the device structure is complex.

3.1 The principle of vacuum ion coating

Vacuum ion plating refers to the evaporation or sputtering of thin film materials through an evaporation source or sputtering target in a vacuum atmosphere, and some of the evaporated or sputtered particles are ionized into metal ions in the gas discharge space, and these particles are deposited under the action of an electric field. The process of forming a thin film on a substrate. The principle is shown in Figure 3. First, the pressure of the coating chamber is pumped to below 10-3pa, then the working gas is introduced to raise the pressure to 100-10-1pa, and the high pressure is connected. Since the evaporation source as the cathode is grounded and the substrate is connected with an adjustable negative bias, the power supply can establish a low-temperature plasma of low-pressure gas discharge between the evaporation source and the substrate. After the heating evaporation source is energized to heat the film material, when the neutral atoms escaping from the surface of the film material pass through the plasma in the process of migrating to the substrate, some atoms are ionized into positive ions due to collision with electrons; The ions in the gas collide to generate ions and perform charge exchange. These ions are accelerated by an electric field and then directed towards a negatively charged substrate, where a thin film can be formed.

①The film/substrate bonding force (adhesion) is strong, and the film layer is not easy to fall off; ②The ion plating diffraction is good, which improves the coverage of the film; ③The coating quality is high; ④The deposition rate is high, the film forming speed is fast, and 30 Micron thick film; ⑤ The coating uses a wide range of substrate materials and film materials.

Chemical vapor deposition technology, referred to as CVD technology. It is a film-forming technology that uses heating, plasma enhancement, light-assisted and other means to form a solid film on the surface of the substrate through chemical reactions under normal or low pressure.

①The operation of the equipment is relatively simple and flexible, and it can prepare single membrane or composite membrane in different proportions.

③ The deposition rate can be as high as several microns to hundreds of microns per minute, so the production efficiency is high;

④Compared with PVD method (evaporation and sputtering), it has better diffractivity and is suitable for coating complex substrates.

⑥The damage after irradiation is small, and it can be combined with MOS integrated circuits (metal oxide semiconductors).

Chemical vapor deposition can be summarized as: the formation of volatile substances → the transfer of the above-mentioned substances to the deposition area → the chemical reaction occurs on the solid to produce solid substances.