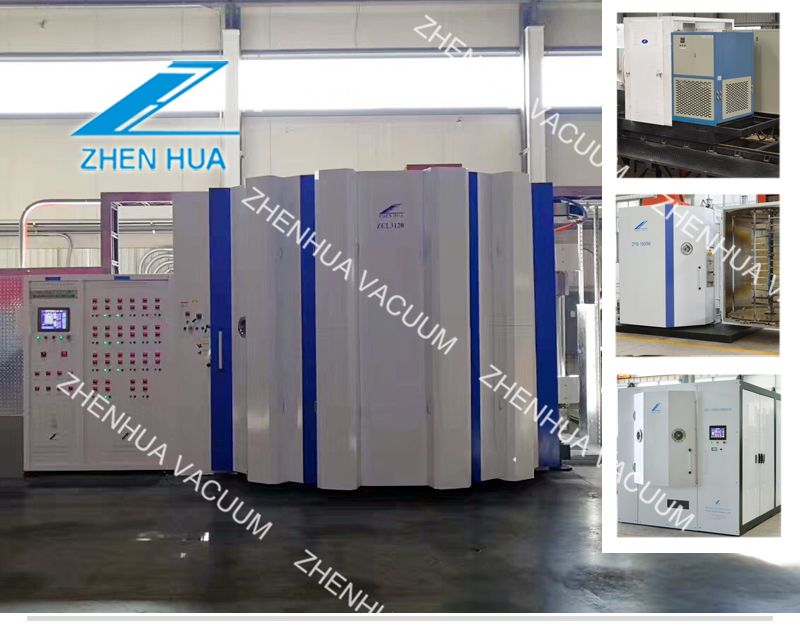 1. Cathodic arc filtration: Filtering cathode arc (FCA) electromagnetic filtration system, equipped with high-efficiency ion source, can filter the macroscopic particles and ion mass generated in the plasma cleanly, the ionization rate of deposited particles after magnetic filtration is 100%, and The particles can be filtered out, so the prepared film is very dense and smooth, has good corrosion resistance, and the adhesion of the body is very strong.

2. Enhanced magnetron cathodic arc: Cathodic arc technology uses low voltage and high current to deionize the target into an ionic state under vacuum conditions, thereby completing the deposition of thin film materials. The enhanced magnetron cathodic arc can effectively control the arc on the surface of the target material through the interaction of the electromagnetic field, so that the material has a higher ionization rate and the film performance is better.

3. Ion beam DLC: The hydrocarbon gas is ionized into plasma in the ion source, and carbon ions are released from the ion source under the combined action of the electromagnetic field. The energy of the ion beam is controlled by adjusting the voltage applied to the plasma. The hydrocarbon ion beam is introduced into the substrate, and the deposition rate is proportional to the ion current density. The ion beam source of the star arc coating adopts high voltage and large ion energy, so that the film and the substrate are well combined. The greater the ion current, the faster the deposition rate of the DLC film. The main advantage of ion beam technology lies in the deposition of ultra-thin multi-layer structures, the process control accuracy can reach a few angstroms, and it can minimize the defects caused by particle pollution during the process.

4. Magnetron sputtering: In a vacuum environment, through the combined action of voltage and magnetic field, the ionized inert gas ions bombard the target body, causing the target body to be sprayed in the form of ions, atoms or molecules and deposited on the substrate to form a thin film. Both conductive and non-conductive materials can be sputtered as targets, depending on the ionization power source used.