DLC hard coating machine solution equipment is specially developed for the plating of ultra-hard films. It is suitable for mold, tool, tool and other industries to make the surface more wear-resistant and more anti-corrosive film layer to increase the service life of tools. 3 ~ 10 times, increase the mold life 5 ~ 10 times. 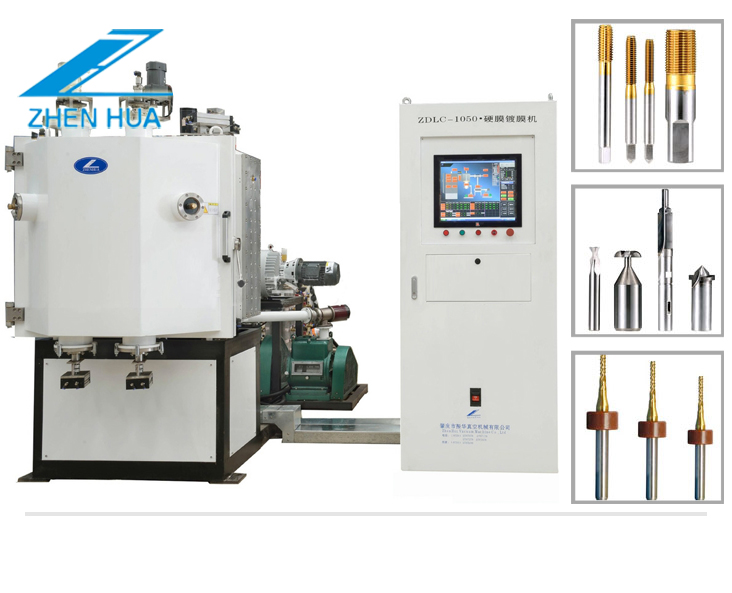 At present, countries increasingly value environmental protection, and the traditional high-consumption and heavy-polluting electroplating industry is gradually being pushed to the forefront. Due to the basic nature of the electroplating industry, it is doomed that it cannot be banned directly. Therefore, how to upgrade the electroplating technology has become a problem that many researchers need to think about. The green coating technology first proposed by the scientific and technical personnel of Lanzhou Jiaotong University is a new technology in the field of surface engineering. It can replace or partially replace the traditional chemical plating technology, which can solve the contradiction between sustainable development and environmental pollution.

In the past, electroplating and chemical plating were mostly used for coating. There are problems such as difficult to control thickness, poor film uniformity, and poor adhesion. The pollution of the three wastes is particularly serious. Today, people's awareness of environmental protection is gradually strengthened, and their development has been affected by many aspects. Constraints. The green coating technology has a simple process, is environmentally friendly, has no pollution, has few consumables, has a uniform and dense film formation, and has a strong bonding force with the substrate. Compared with the traditional plating method, the vacuum coating technology has many advantages, such as good decorative effect, strong metal texture, and easy operation. Especially in the application of non-metallic objects, it has the advantages that traditional electroplating cannot match.

The concept of green coating is a new technology concept in the field of surface engineering that was first proposed by scientific and technological personnel at Lanzhou Jiaotong University at home and abroad. It is to use vacuum composite coating integrated technology to replace or partially replace traditional electroplating technology to reduce consumption, emissions, and eliminate the three wastes of electroplating. The purpose of pollution and environmental protection, resolve the contradiction between sustainable development and environmental pollution, and serve the construction of an environment-friendly and resource-saving society. Green coating technology includes vacuum ion coating, magnetron sputtering coating, evaporation coating, ion implantation, ion cleaning, and a series of single technologies and the integration of multiple composite technologies, including vacuum, machinery, control, optoelectronics, material modification, surface Engineering, information and other multi-disciplinary fields of optical-mechanical-control integration.

Regardless of the accuracy of the monitor, it can only control the film thickness at a single point in the vacuum chamber, which is generally the middle position of the workpiece holder. If the film thickness at this location of the vacuum plating equipment is not absolutely uniform, then the substrate far from the center cannot obtain a uniform thickness. Although the shield can eliminate the long-term non-uniformity, some changes in film thickness are caused by the instability of the evaporation source or the different performance of the film material, so it is almost impossible to eliminate them, but the structure of the vacuum chamber The proper choice of evaporation source can minimize these effects.

In the past few years, more and more users have requested coating system manufacturers to provide high-performance, small-sized, simple optical coating systems. At the same time, users have not only reduced performance requirements, but have improved them, especially in thin films. In terms of density and guaranteed minimum spectral change after absorbing water, etc.

At present, the average size of the system has been reduced, and the application of small-scale equipment for optical coating production has also turned into a pure technical problem. Therefore, the key to choosing a modern optical coating system depends on careful consideration of the following factors: the expected performance of the coated product, the size and physical characteristics of the substrate, and all the technical factors necessary to ensure a highly consistent process.