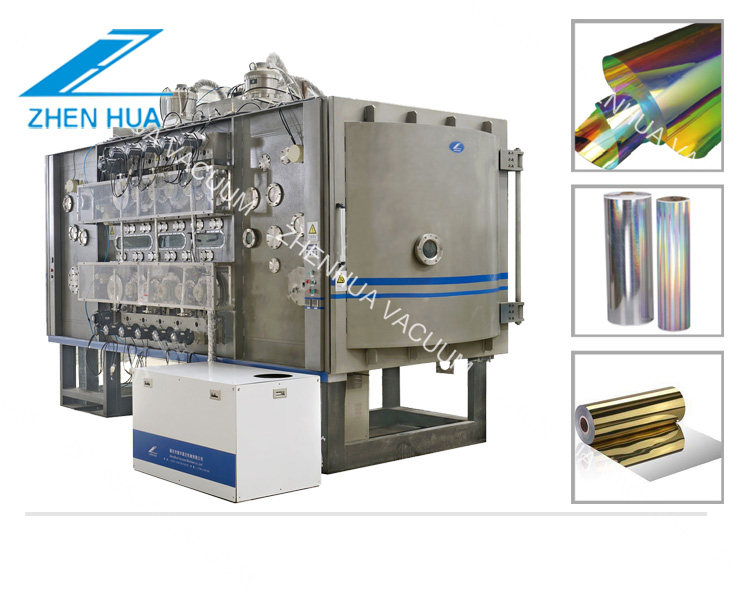 By using different coating methods to coat semiconductor film, metal film, insulating film, optical multilayer film and other films on flexible substrates such as plastic film, paper, metal tape and cloth, not only the surface hardness, mechanical strength and water resistance of the films can be improved, but also the oil resistance, solvent resistance and aging resistance can be increased, making them have conductivity, absorption, reflection, insulation and resistance As a result, these flexible materials have some special functions. Or due to the formation of metal or ceramic film, thus preventing the invasion of water and solvents, not being corroded by chemicals, easy to weld, etc.

The luster and color of various metals and optical films make them more beautiful and durable, and expand their use range. For example, plating metal and medium film on the plastic surface can make the plastic have a strong metal or medium light layer and make it into a reflector and radiation radiator; it can also make the plastic obtain the appearance of similar metal products for decoration.

At present, the development of vacuum winding coating technology has become more and more mature. In addition to broadening the application field of traditional winding coating products, at present, the technology frontier is to continuously develop films and coating substrates with special functional properties, and develop composite films. It is very popular to study the technology of composite film and substrate film for flexible display screen. This also puts forward a new topic for the development of vacuum winding coating equipment.