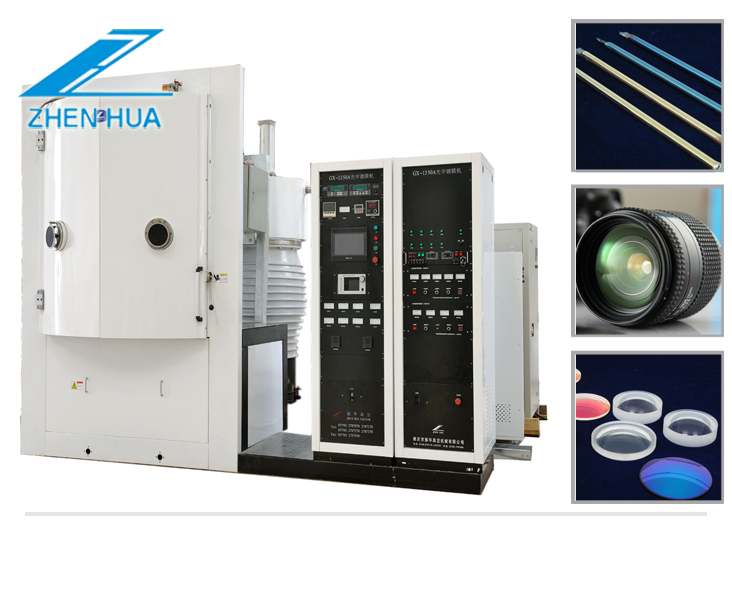 Remark The chamber size can be customized according to the product and special technical requirement.

With the development of modern science and technology, especially laser technology and information optics, optical thin films are not only used in pure optical devices, but also widely used in photoelectric devices and optical communication devices. Optical thin film is a kind of film whose thickness can be compared with the wavelength of light, and then it can have an effect on the light passing through it. In particular, its upper and lower surfaces reflect and transmit light.

It refers to the thin and uniform dielectric film attached to the surface of optical devices in the process of propagation path. Through the reflection, transmission (refraction) and polarization characteristics of layered dielectric film, we can achieve all the light penetration or all the reflection of light or polarization separation of light and other special forms in a certain or multiple wave band.

Optical film is a kind of film product with broad optical properties, which is mainly divided into polarizer and optical film product for backlight module (BLU). Its main application field is TFT-LCD panel (accounting for about 20% of the total cost), and polarizer also needs to be used in OLED panel.

The surface of the optical film is smooth, and the interface between the films is geometrically divided; the refractive index of the film can jump on the interface, but it is continuous in the film; it can be transparent medium or absorption medium; it can be normal uniform or normal inhomogeneous. The practical films are much more complex than the ideal ones.