How to improve the problems of vacuum coating machine

How to improve the problems of vacuum coating machine

How to improve the problems of vacuum coating equipment 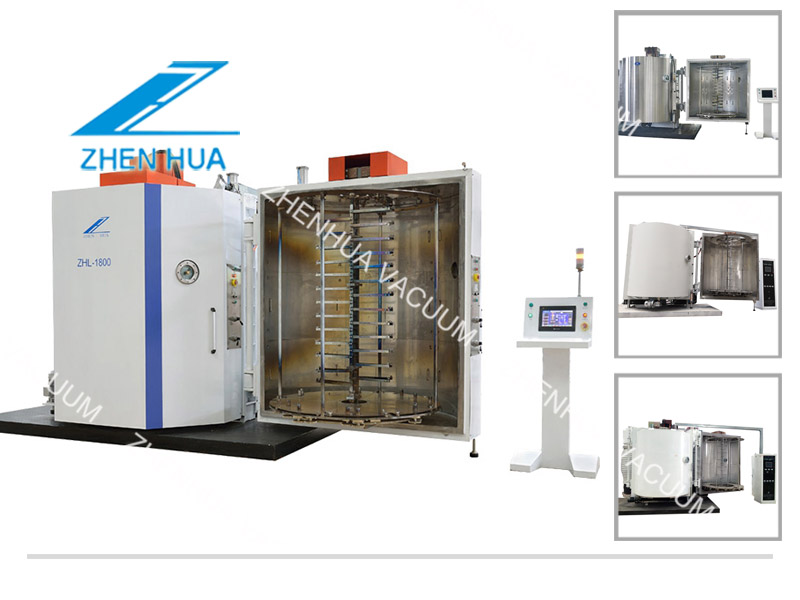 In the process of vacuum coating, if your vacuum coating machine has problems, you can refer to the following methods to improve:

(2) Strengthen the baking before plating. If the conditions permit, the substrate temperature can reach 300℃ or higher, and the constant temperature should be more than 20 minutes, so as to make the water vapor and oil vapor on the surface of the substrate volatilize as much as possible. *Note: The higher the temperature, the greater the adsorption capacity of the substrate, it is also easy to adsorb dust. Therefore, the cleanliness of the vacuum chamber should be improved. Otherwise, dust will adhere to the substrate before plating, which will affect the strength of the film in addition to other defects. (The chemical desorption temperature of water vapor on the substrate in vacuum is above 260℃). But not all parts need to be baked at high temperature, some nitrate materials have high temperature, but the film strength is not high, and stains will occur. This has a greater relationship with stress and thermal matching of materials.

(3) When conditions permit, the unit is equipped with a condenser (PLOYCOLD), which can not only increase the vacuum pumping speed of the unit, but also help the substrate to remove water vapor and oil and gas.

(5) When possible, the unit installs ion source, bombards before plating, cleans the surface of the substrate, and assists the plating process, which is conducive to the compactness and firmness of the film.

(X) Sometimes a proper reduction of the evaporation rate is helpful to increase the strength of the film, and it is of positive significance to improve the smoothness of the film surface.

The film formation process of a thin film is a transformation process of material form. It is inevitable that there will be stress in the film layer after film formation. For multilayer films, there are combinations of different film materials, and the stresses reflected by each film layer There are differences, some are tensile stress, some are compressive stress, and there are thermal stresses of the film and the substrate.

The existence of stress is harmful to the strength of the film. The lighter one means that the film cannot withstand friction, and the heavy one causes cracks or thin nets in the film.

(1) Bake after plating. After the last layer of film is plated, do not stop the baking immediately, continue "tempering" for 10 minutes. Let the film structure stabilize.

(2) The cooling time is appropriately extended, and the annealing time is effective. Reduce the thermal stress caused by the excessive temperature difference between the inside and outside of the vacuum chamber.

(3) In the evaporation process of high reflection film, filter film, etc., the substrate temperature should not be too high, as high temperature is likely to cause thermal stress. And it has a negative effect on the optical stability of titanium oxide, tantalum oxide and other film materials.

(3) Ion assist in the coating process to reduce stress.

(Vi) Oxygenation and reaction plating of all oxide film materials, and control the oxygen gas intake according to different film materials.

The anti-reflection film generally uses MgF2 as the outer layer. The section of the film is a loose columnar structure, and the surface hardness is not high, so it is easy to wipe the road.

(1) When the film system design permits, add a 10nm SiO2 layer to the outer layer. The surface smoothness of silicon dioxide is worse than that of magnesium fluoride (but the surface wear resistance and hardness of silicon dioxide are not as good as magnesium fluoride). After a few minutes of ion bombardment after plating, the effect of firmness will be better. (But the surface will become thicker)

(2) After the lens leaves the vacuum chamber, place it in a dry and clean place to prevent rapid moisture absorption and reduce surface hardness.

⑤ Take off the film

Although the film release here is also a kind of weak film, it has some differences from the previous film release. The main features are: point release, edge release, and partial release.

The main reason is that there are dirt or pollutants in the membrane.

Improvement method: improve the cleanliness of the substrate.